NEON is an ongoing digital content series that aims to increase the visibility of Black LGBTQ people. NEON leverages the power of storytelling and GLAAD’s platform to create multi-dimensional, accurate portraits of the Black LGBTQ experience.

To celebrate Pride ‘22, Pop-Tarts is teaming up with NEON x GLAAD to create a limited-edition “NEON Pink Block Party Lemonade” Pride Box, featuring the joyful designs of queer illustrator Thaddeus Coates. It’s the first time Pop-Tarts has transformed its famed toaster pastry into a canvas, making NEON Pink the first artist-designed Pop-Tart ever. Each Friday during Pride Month (June), we’ll drop 450 boxes for sale on the Pop-Tarts Instagram channel, with proceeds going back to our partner organizations along with a $10K grant to further their mission. Every time we drop a new batch of boxes, we’ll also share information about one of our LGBTQ+ and BIPOC partner organizations the four we are selecting in the community and one detailing the work of NEON. We’ll work closely with GLAAD to strategically roll out the news to media, prioritizing outlets with strong LGBTQ+ targets before a broader national and local push. 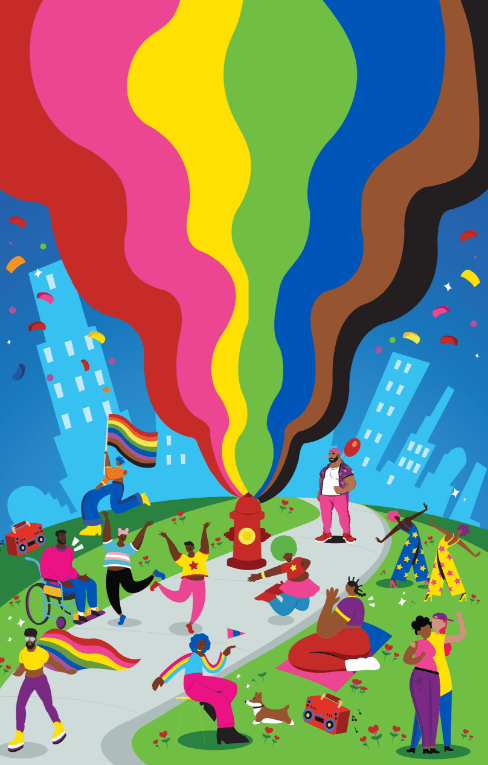 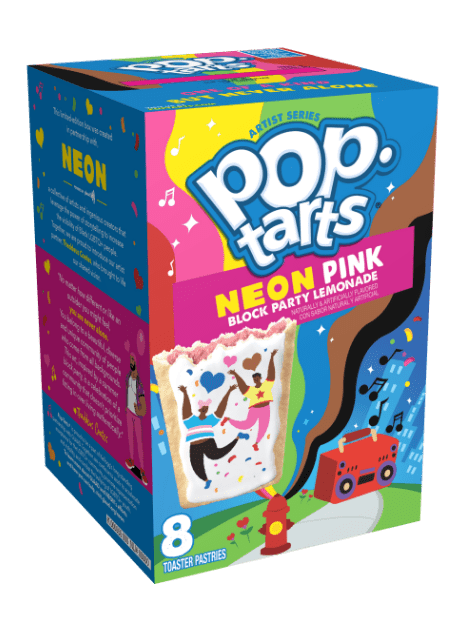 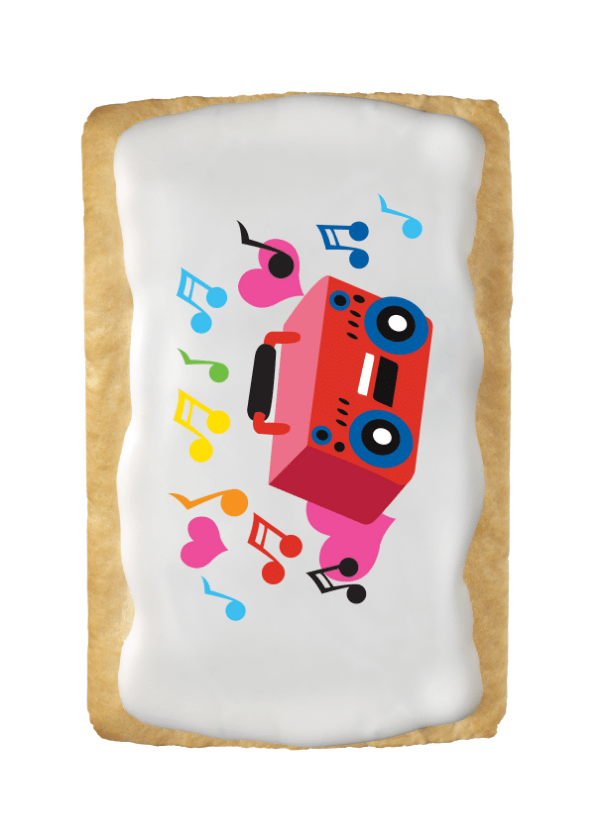 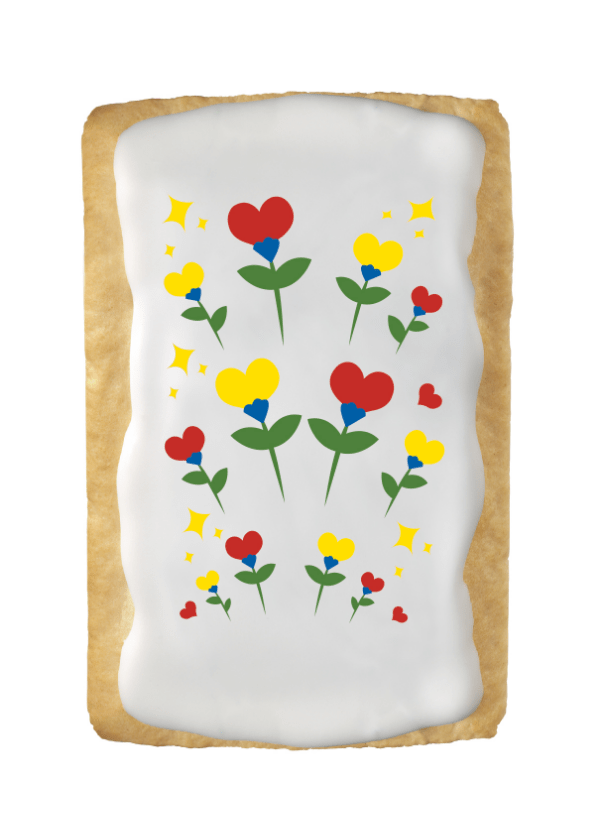 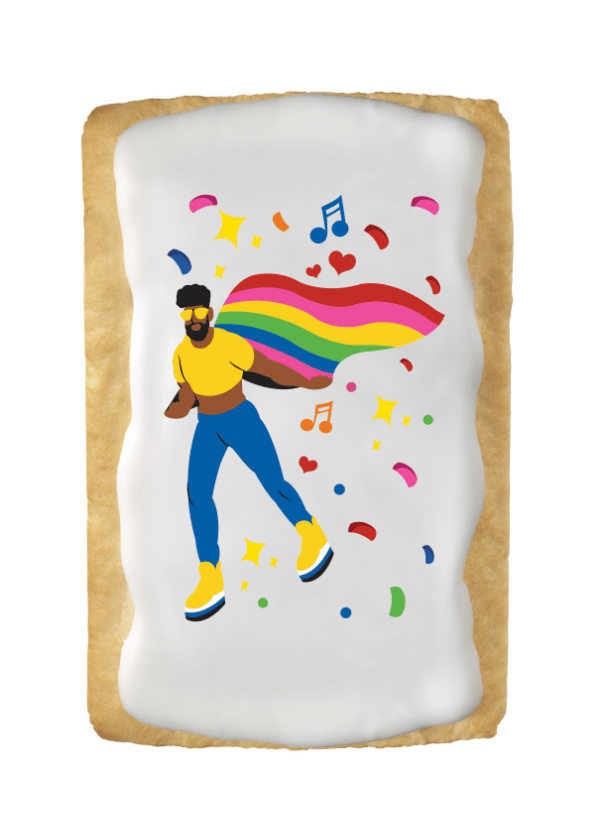 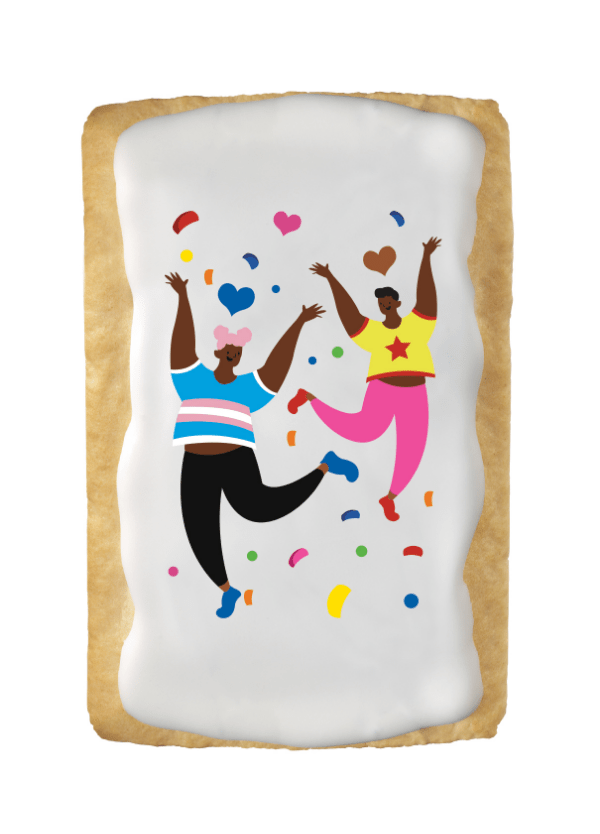 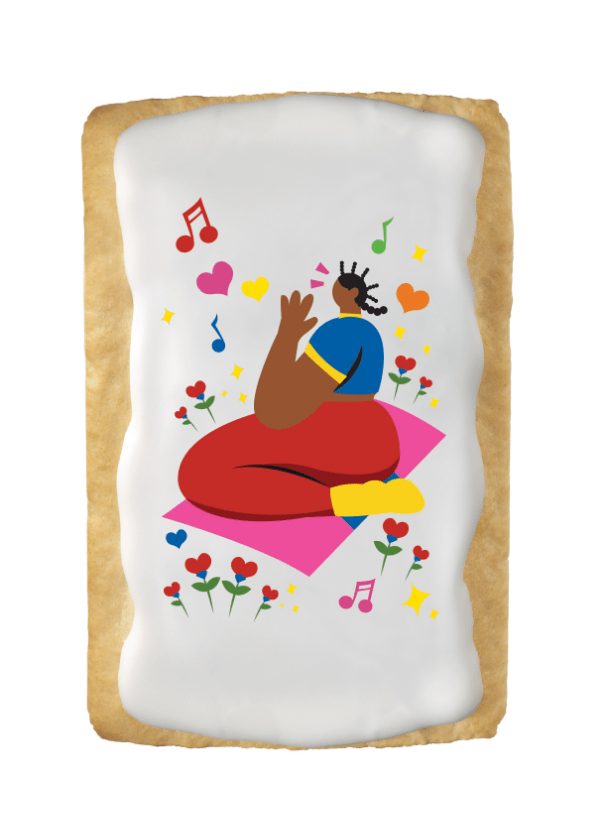 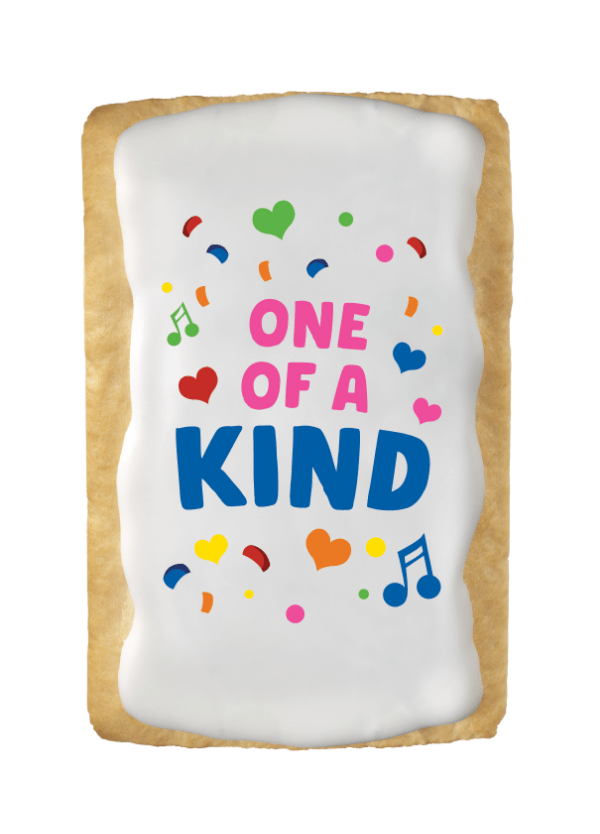 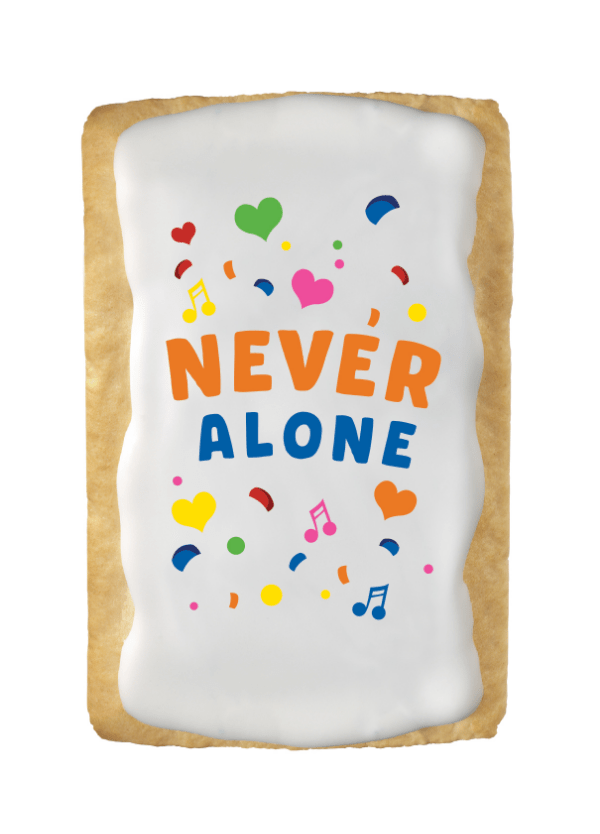 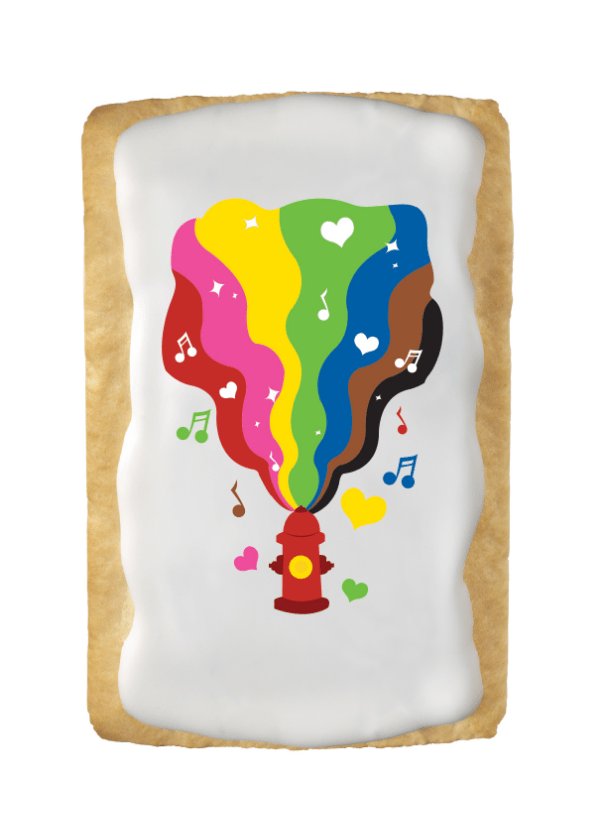 “Changemakers,” is a 4-part video series spotlighting Black LGBTQ small business owners and their impact within their local communities before and throughout the COVID-19 pandemic. The series, presented by Ally, is produced by NEON, GLAAD's ongoing digital content series that aims to increase the visibility of Black LGBTQ people. In a series of intimate short documentaries, “Changemakers” aims to amplify the stories of local heroes, and send messages of support and inspiration to LGBTQ and Black-owned small businesses. 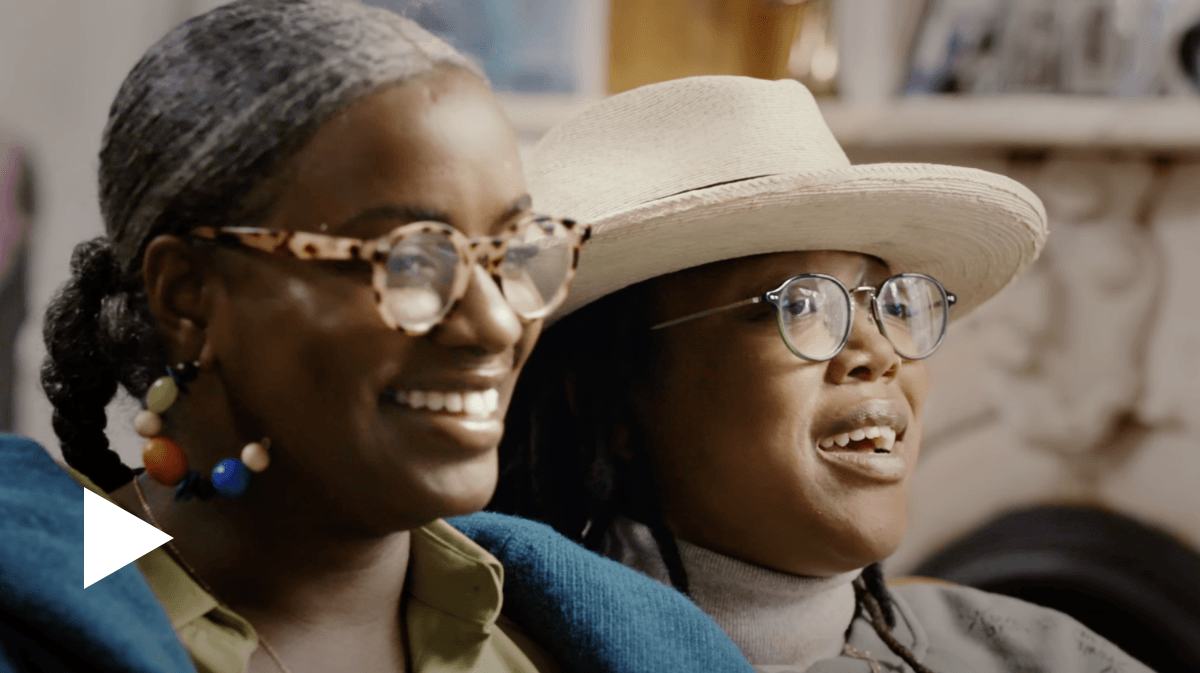 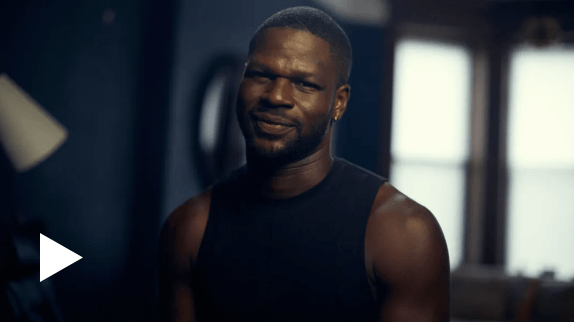 A first-generation Nigerian-American and a New York-based creator, Kingsley Gbadegesin is working to advance liberation for the Black community, the Queer community, and people of color. Kingsley is the founder and creator behind K.NGSLEY, a Black-owned brand aiming to reclaim and redefine the Black, Queer, Femme body and create the tangible, direct support communities need today. 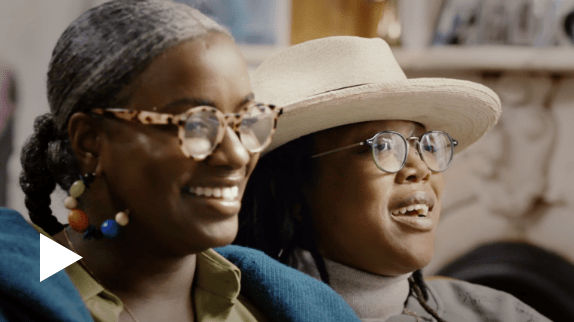 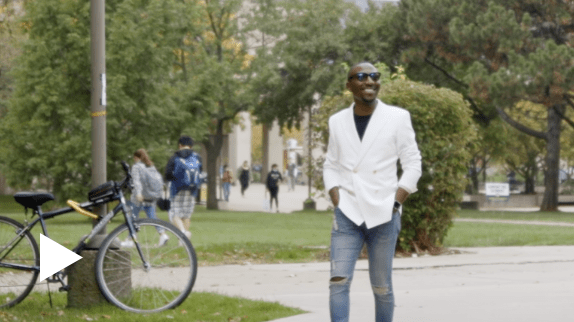 A non-profit founded by Guy Anthony, Black, Gifted & Whole works to empower young queer Black men by acknowledging, celebrating and affirming their whole selves. Since its inception in 2015, Black, Gifted & Whole has helped over 19 students realize their college dreams and continues to be a beacon long after their freshman year. “We have literally built a pipeline from high school to college ot the workforce,” Anthony explains, and adds, “This is my love letter to Black, Queer students.” 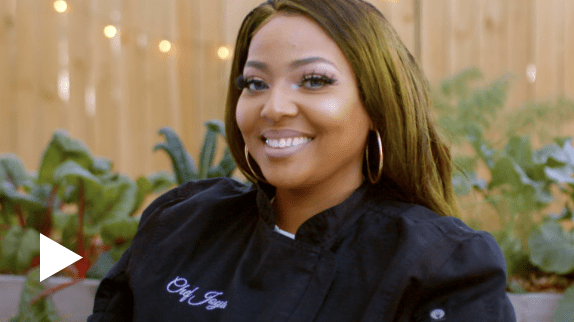 A premiere vegan chef from Charlotte, North Carolina. Chef Joya, specializing in soul food, Caribbean, African, and Latin cuisines, Chef Joya brings comfort food into green eating and loves to teach others how to find joy in doing the same.

The Black Legacy Series is a social media project that features photos & videos of 14 LGBTQ people from multiple disciplines whose work is the legacy of a historical figure. We reimagined iconic photos of historical figures and shot 60 second interviews about how that figure’s legacy lives on through the work of the featured subjects. 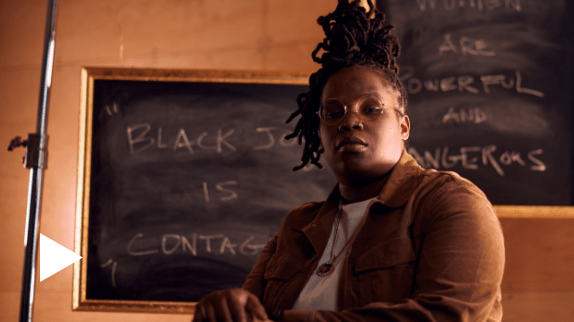 Episode 1 takes a look at the impact Audre Lorde has had on Bronx native Roya Marsh. Roya Marsh is a nationally-recognized poet, performer, educator, and activist. She is the Poet in Residence at Urban Word NYC and works feverishly toward LGBTQIA justice and dismantling white supremacy. 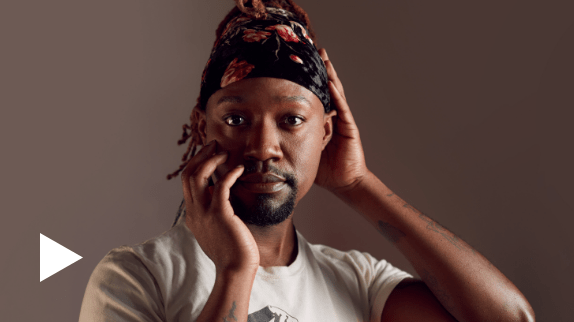 Episode 2 takes a look at the impact the legendary ballroom figure Willy Ninja has had on Twiggy Pucci Garçon. Twiggy is an activist, advocate, and healer. She has collaborated with artists, filmmakers, academics, and policymakers to increase visibility of both creative and sociopolitical agendas. 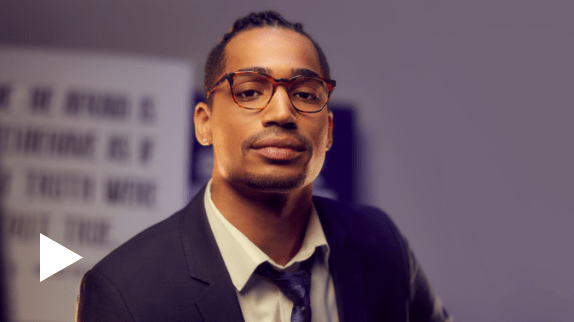 Episode 3 takes a look at the impact Bayard Rustin has had on advocate Torrian L. Baskerville. Torrian is an unapologetic Black Queer advocate, activist, and agent of change. He has a deep love for social service and an unwavering drive to reduce health disparities, increase visibility, and improve health outcomes for marginalized populations; especially youth and young adults, persons living with HIV, and Black and Latinx men who have sex with men. 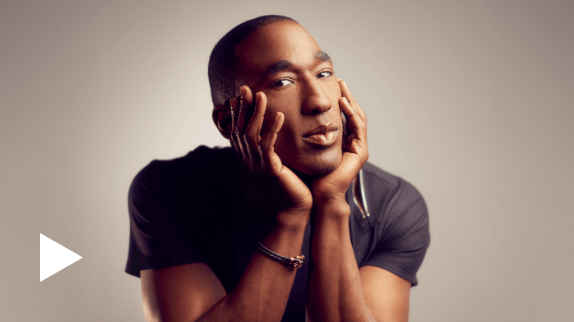 Episode 4 takes a look at the mighty real impact Sylvester has had on performer Anthony Wayne. Anthony is a producer, writer, and actor. He is working on bringing his show “Mighty Real: A Fabulous Sylvester Musical” to Broadway. 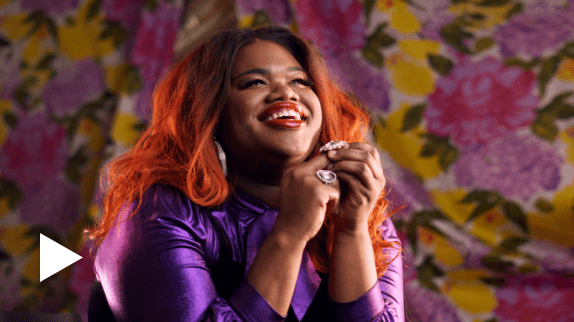 Episode 5 takes a look at the impact Marsha P. Johnson has had on actress Jari Jones. Jari is a Black Transgender actress, curve model, activist, and creative.

Episode 6 takes a look at the impact Stormé DeLarverie has had on Danielle Cooper. Danielle is a creative, actor, and activist. In 2014, Danielle launched “She’s a Gent,” a blog that celebrates and explores personal style, while also using it as a tool to bring awareness to QPOC (queer people of color) and androgynous women in menswear. 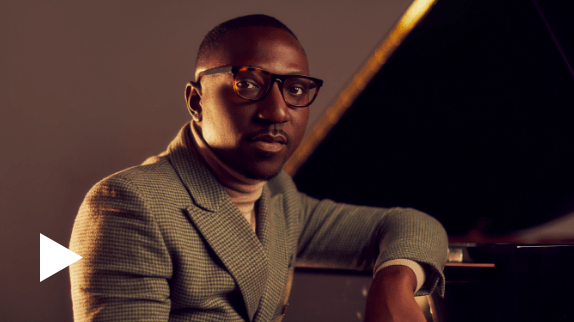 Episode 7 takes a look at the impact American jazz composer Billy Strayhorn has had on musician Guy Anthony. 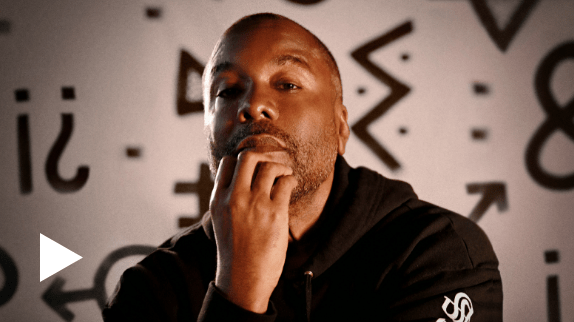 Episode 8 takes a look at the impact James Baldwin has had on George M. Johnson. George is an award-winning writer and author in the NYC area. They are the Indie Bestselling author of “All Boys Aren’t Blue,” a memoir manifesto discussing their young adult experience growing up Black and Queer. 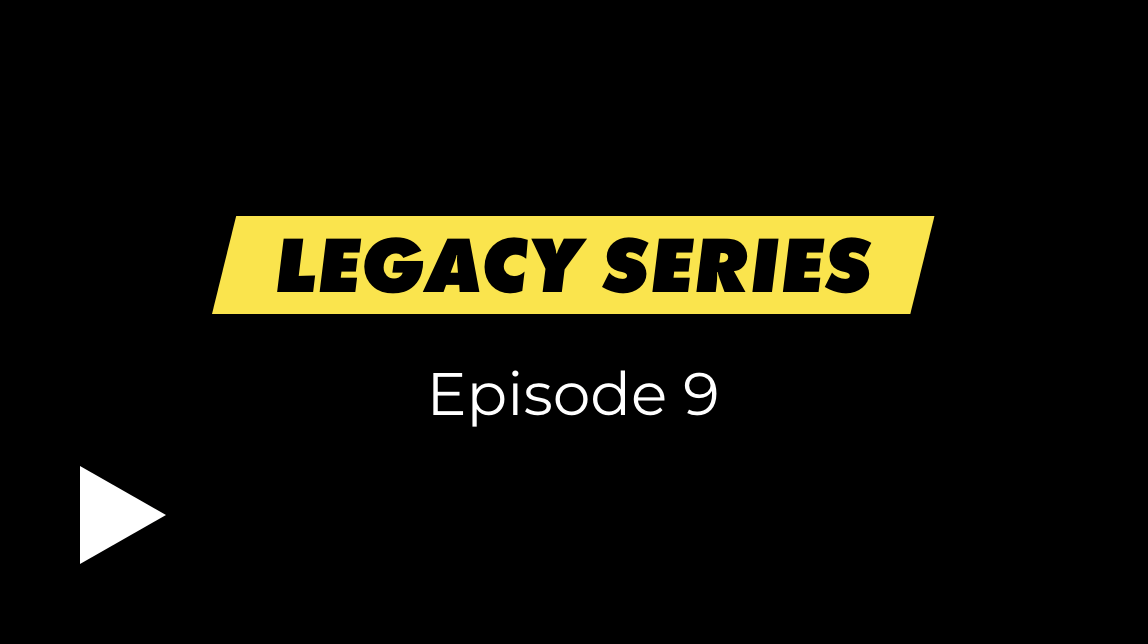 Episode 9 takes a look at the impact the great Josephine Baker has had on Mila Jam. Mila fills every room with talent, personality, and undeniable style. She is a pop recording artivist and creator of the viral campaign “Stopkillingus.” 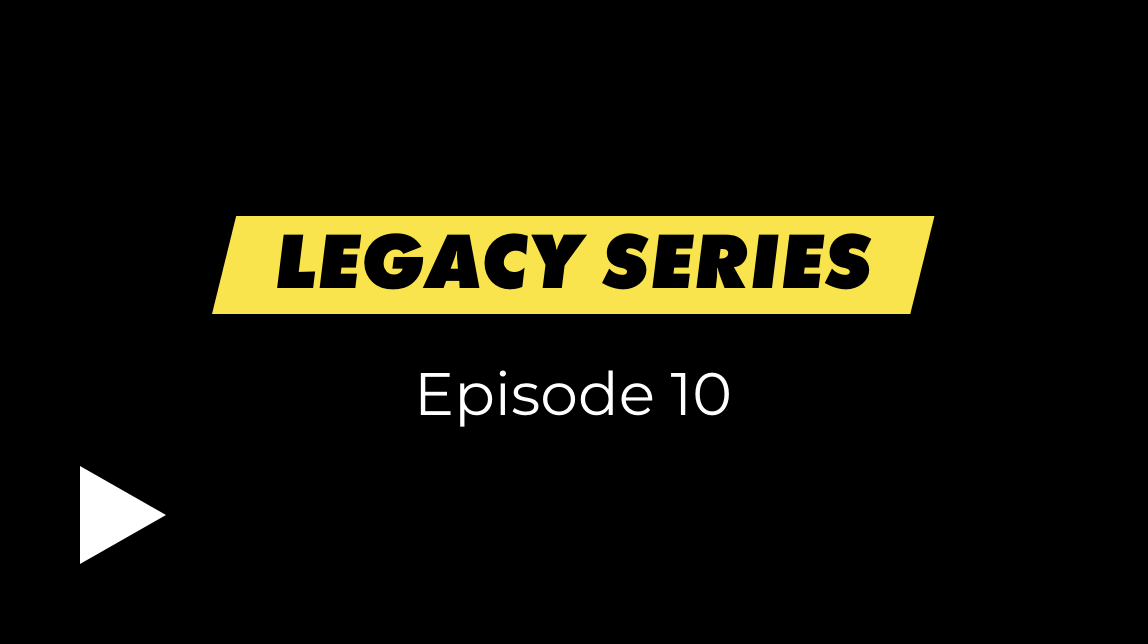 Episode 10 takes a look at the impact Gladys Bentley has had on Nyx Nocturne. Nyx Nocturne is a multidisciplinary artist who uses their body to explore gender-fluidity and desirability politics through drag and burlesque. 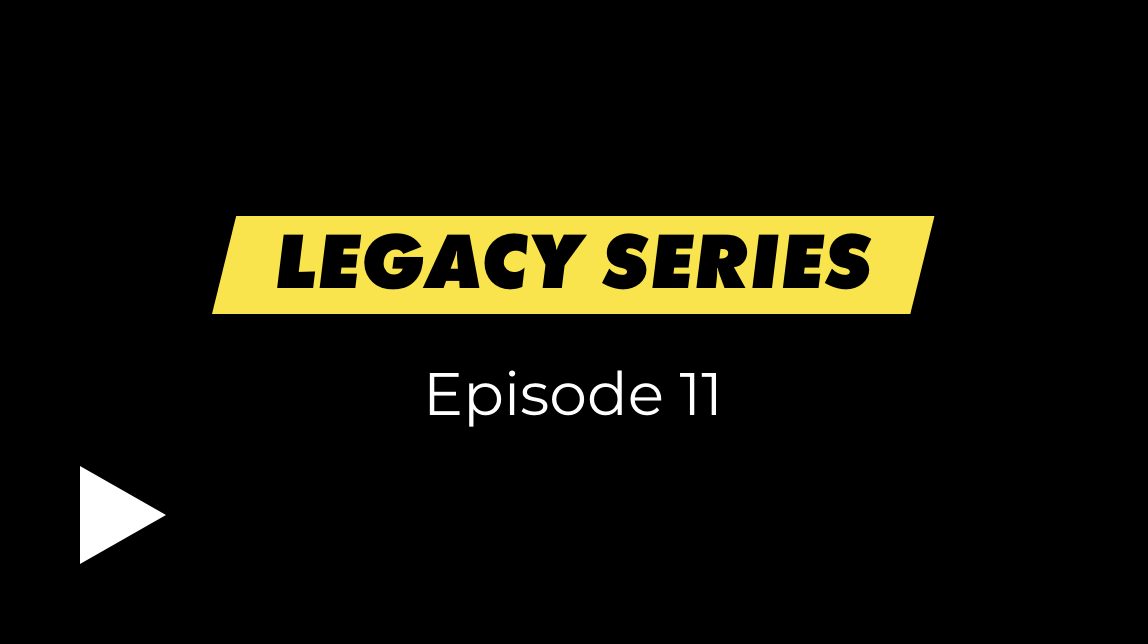 Episode 11 takes a look at how the late Monica Roberts has influenced Raquel Willis. Raquel is a Black transgender activist, writer, and media strategist dedicated to elevating the dignity of marginalized people, particularly Black transgender people. 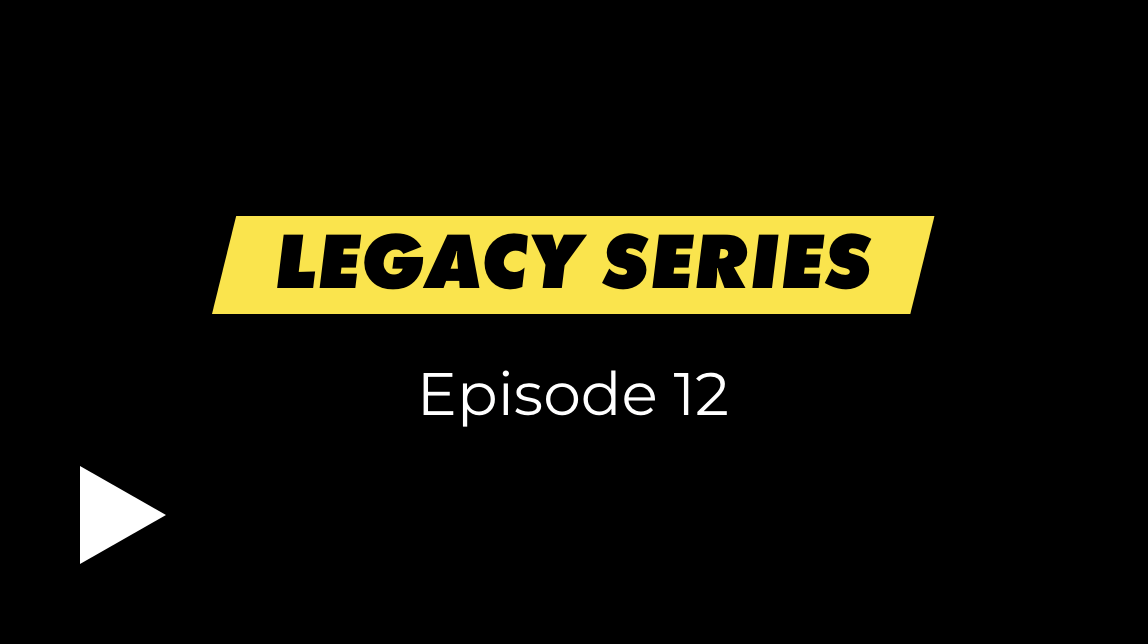 Episode 12 takes a look at how Barbara Jordan has impacted Carmen Neely. Carmen Neely is the co-founder and president of Harlem Pride. She is a co-chair of the LGBTQ Committee of the NAACP, Mid-Manhattan Branch. 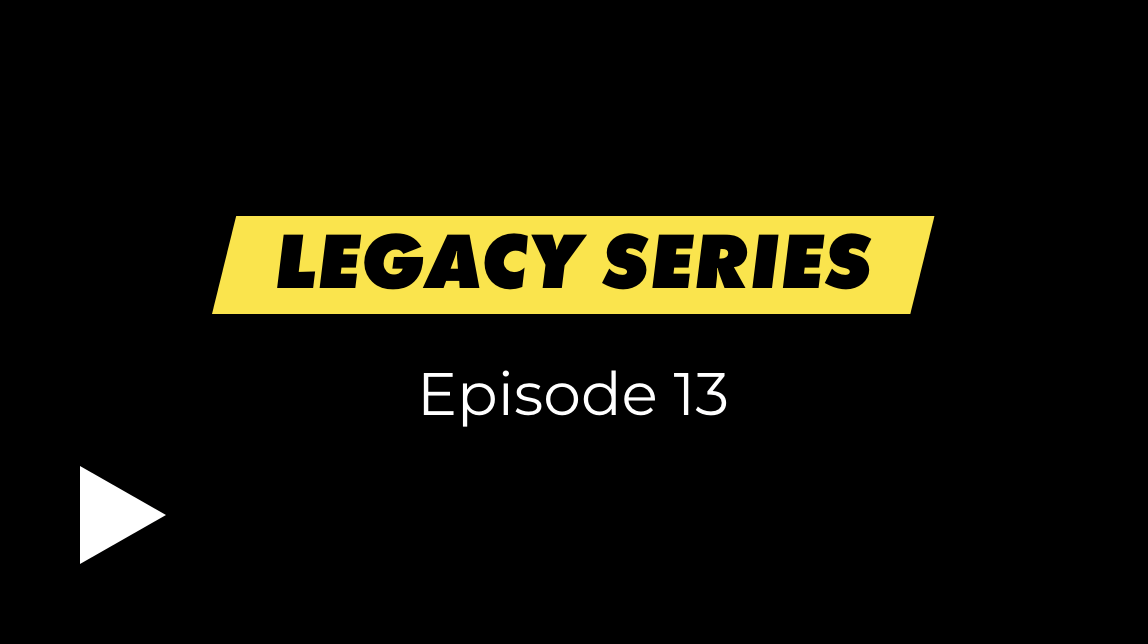 Episode 13 looks at how Moms Mabley has impacted Harmonica Sunbeam. Harmonica has been delighting audiences at nightclubs, cabarets, fundraising events, and supermarket openings throughout the United States and abroad for over 29 years. She is the North Jersey coordinator of Drag Queen Story Hour. 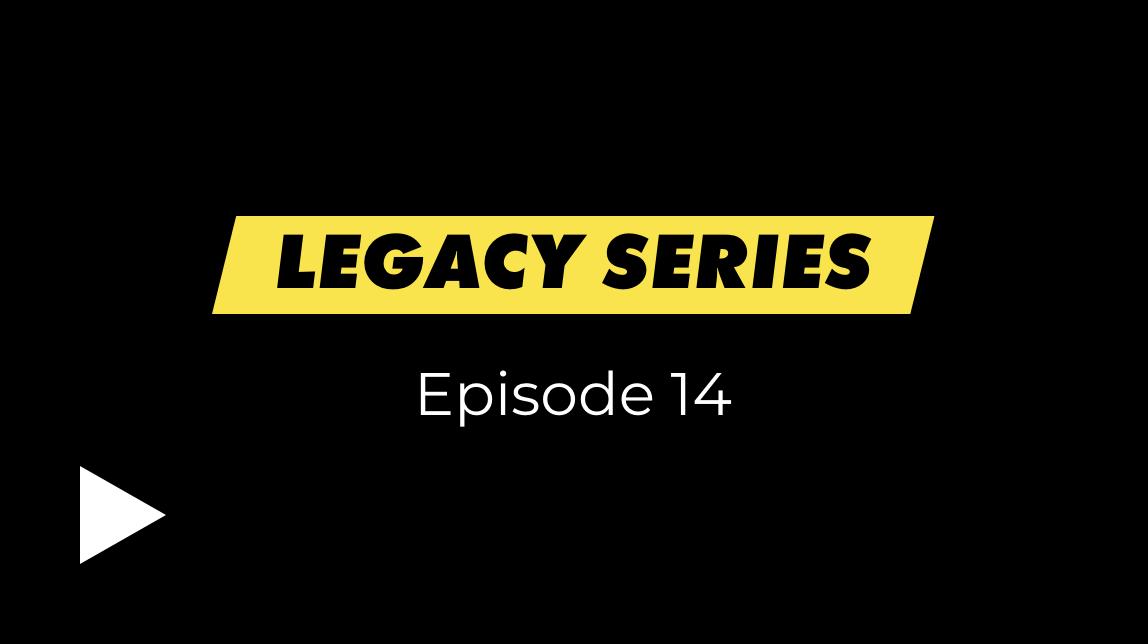 Episode 14 looks at the impact Marlon Riggs has had on Academy nominated filmmaker, Lee Daniels.

• The Grio profile about NEON launch and beginning of Legacy series 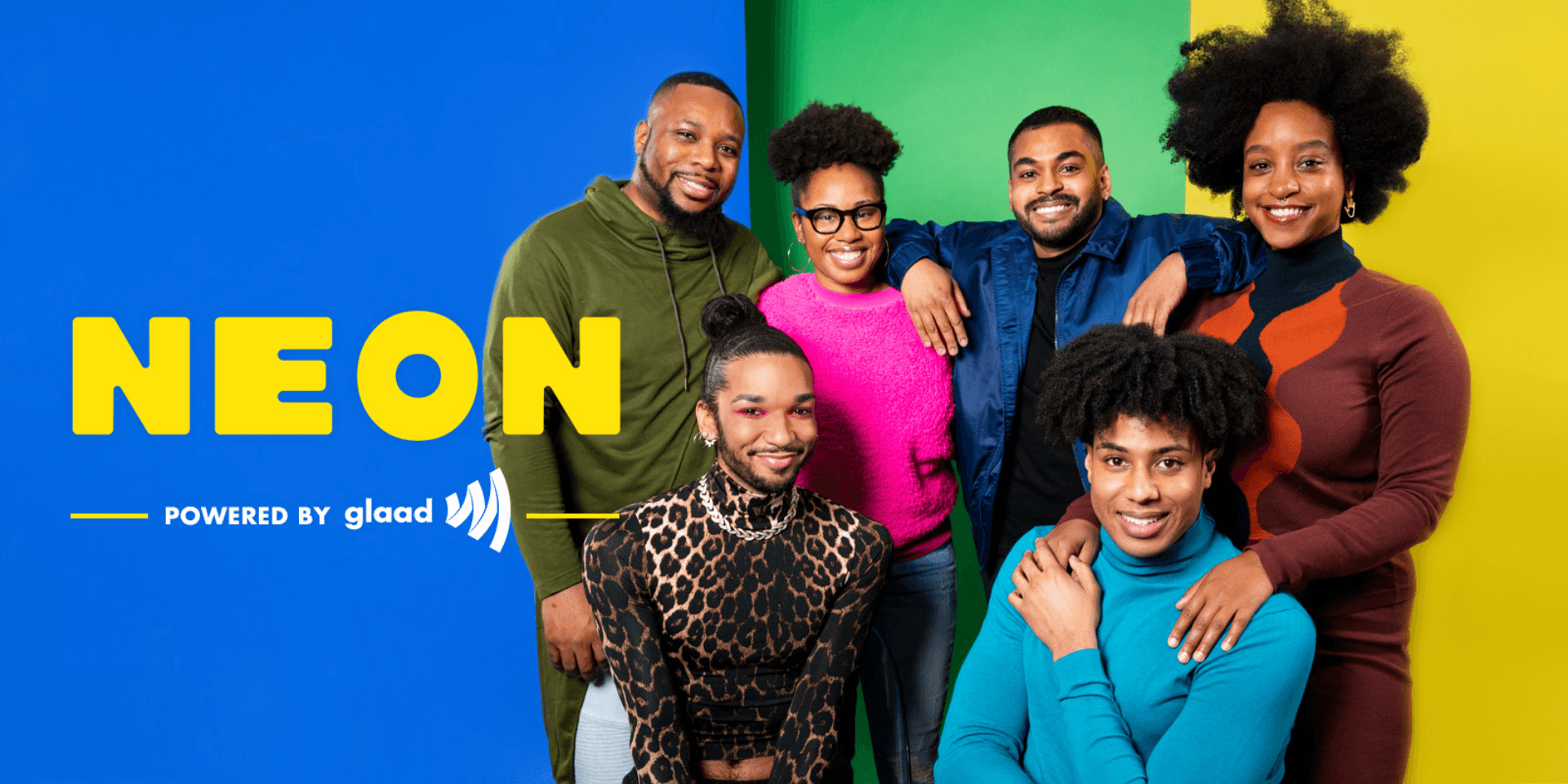 NEON is an ongoing digital content series that aims to increase the visibility of Black LGBTQ people. NEON leverages the power of storytelling and GLAAD’s platform to create multi-dimensional, accurate portraits of the Black LGBTQ experience.

Close ▼ Take a stand against discrimination and hate and become a GLAAD sustaining member.

GLAAD rewrites the script for LGBTQ acceptance. As a dynamic media force, GLAAD tackles tough issues to shape the narrative and provoke dialogue that leads to cultural change.